The Good, Bad and Miami Heat Culture: A small upswing? 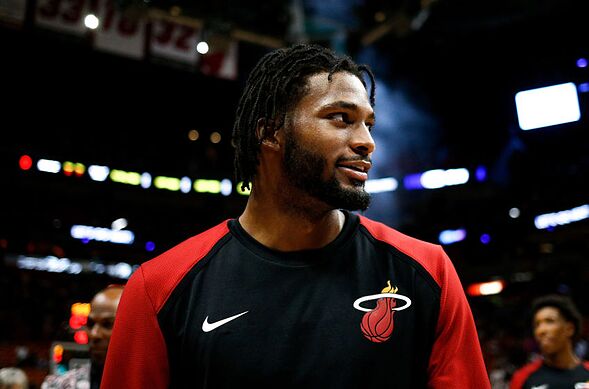 MIAMI, FL – DECEMBER 04: Justise Winslow #20 of the Miami Heat looks on prior to the game against the Orlando Magic at American Airlines Arena on December 4, 2018 in Miami, Florida. NOTE TO USER: User expressly acknowledges and agrees that, by downloading and or using this photograph, User is consenting to the terms and conditions of the Getty Images License Agreement. (Photo by Michael Reaves/Getty Images)

The Good, Bad and Miami Heat Culture looks at what has gone on with the team in the last two weeks, leaving them at 11-14 and No. 9 in the Eastern Conference.

The Miami Heat seem to be on a little bit of an upswing right now, starting their six-game road trip — the longest of the season — 2-0 and finding a small stride. Considering how the team has been performing up to this point, any small success is pointing in the right direction.

The team is in a growing, not a tanking phase, and unfortunately for fans, that takes a lot of patience. This week, however, that growth was seen in the Heat’s win against the Los Angeles Clippers, on Saturday night.

Dwyane Wade was the difference maker, scoring 25 points, while averaging 14.9 on the season. With five players out — including Josh Richardson who is averaging a career-high 19.2 points per game — Wade stepped up in the way that everyone knows he can, and led the Heat in their 121-98 win.

Following Wade was Justise Winslow with 21 points, a season-high, and James Johnson with 15. Those are the type of numbers that this team needs to put up more consistently. Maybe not from those two players in particular, but from anyone who can step up on a given night (in other words, the Heat’s next-man-up mentality, needs to become more of a reality).

The last few games have been a shining light that maybe this season is not a complete bust for the Heat. At this point, they do not even need consistency from specific players, but rather the consistency of a few players showing up and showing out, every single night.

While it seems like a lot to ask from this team sometimes, they proved this week that it is not out of the realm of possibilities.