LOS ANGELES — Erik Spoelstra understands the question. He’s heard it before. The Heat are 11-16. They have the NBA’s highest payroll—a whopping $158 million. They lack a true superstar. The draft pick situation isn’t great.

What exactly is Miami doing?

First, some context. The Heat are banged up. Goran Dragic has been hurt. James Johnson, too. Dion Waiters has yet to play this season. Hassan Whiteside missed the last four games for the birth of his child. Miami was so depleted against the Clippers last weekend that Spoelstra ordered his team into a zone defense for extended stretches for the first time this season. It surprised everyone—Clips coach Doc Rivers included.

But even without the injuries, what is Miami? A playoff team? Sure. It took 43 wins to make the playoffs in the Eastern Conference last season. Even with a dismal record, the Heat are just a game and a half out of the final playoff spot. Surely with a full roster Miami would be firmly in that mix.

But where? Ahead of Charlotte, Detroit and Indiana? Maybe. Ahead of Toronto, Milwaukee and Boston? Probably not. Miami has a ceiling—and with this roster, it’s likely not a particularly high one.

Other teams might look at this situation and say, ‘screw it, let’s start over.’ NBA Rebuild 101—a class taught at the masters level by ex-Sixers GM Sam Hinkie—calls for a complete teardown in these situations. Philadelphia did, and after four painful, embarrassing years the Sixers have a pair of tent-pole players (Joel Embiid, Ben Simmons) to build around for years to come. The Cavaliers, fresh off losing LeBron James, are shedding contracts. The Knicks are rebuilding, too.

Miami? Under Pat Riley, a Heat coach or executive since 1995, the team has relentlessly pursued winning. Under Spoelstra, the Heat head coach since 2008, the team has never tanked.

“This is what pro sports is supposed to be about,” Spoelstra told The Crossover. “Competing every night. To try to win. Not the opposite. Obviously not every year you are going to have a realistic chance to compete for a title. Since I have been here, working for Pat, from day 1, that has always been the directive. For me, that brings great clarity. Keep the main thing the main thing. And everything else is just b —- t.” 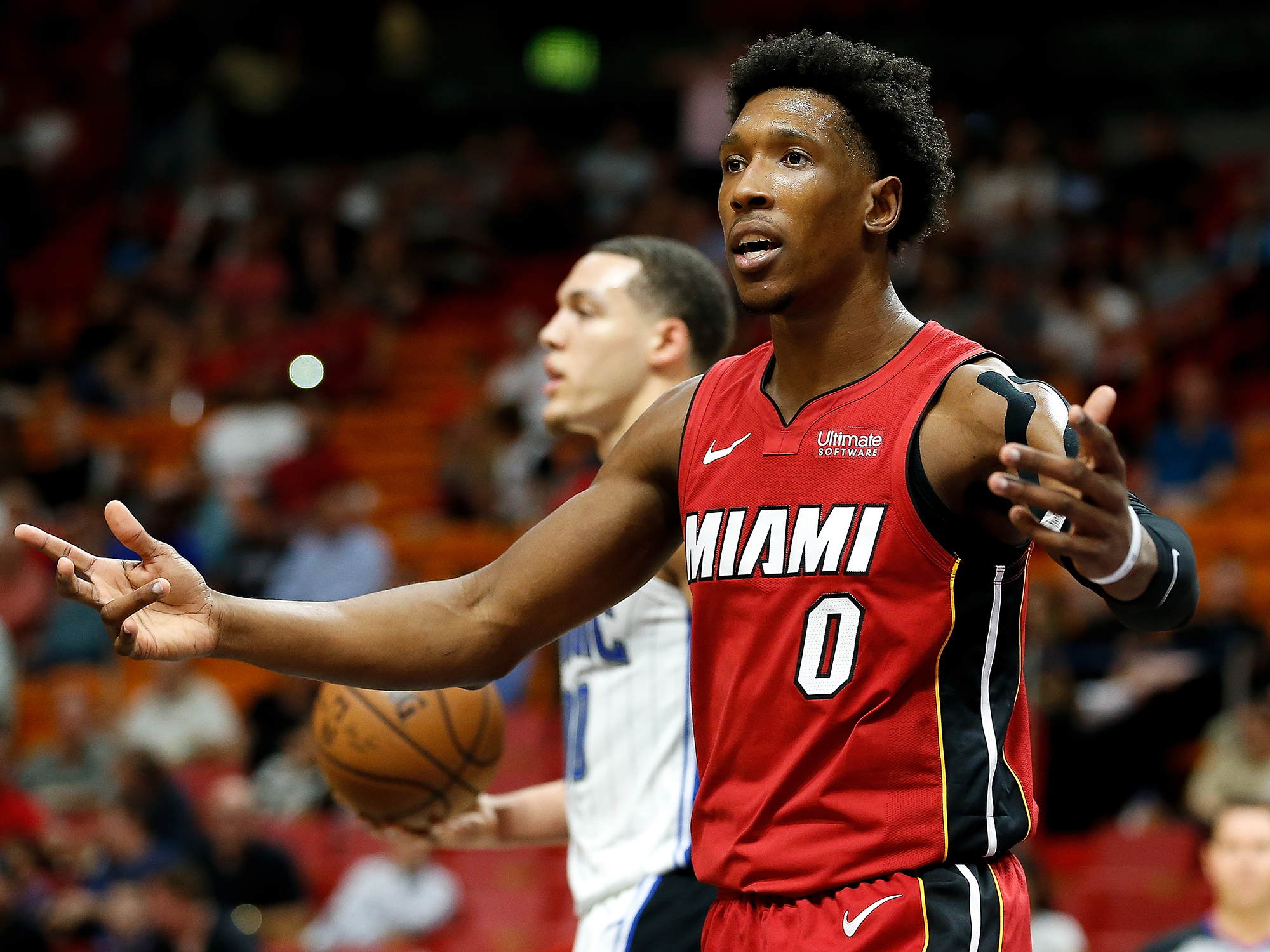 The Heat argument for the Riley Way is that it’s worked. Since 1995, Miami has missed the playoffs just five times. They have been under .500 four times. Riley’s willingness to gamble—Shaquille O’Neal, for example, who was in the back half of his career and coming off a difficult final season with the Lakers when the Heat acquired him in 2004—has paid off. The culture that Riley and Spoelstra have built has appealed to marquee free agents—like LeBron James and Chris Bosh, in 2010.

“Do the history on it,” Spoelstra said. “What franchises have had the most enduring sustainable success over the last 24 years? We’re up there with the top three or four. The teams that constantly tank, I don’t know where they are. It would make for a pretty good discussion. But if you are hardwired to find a way to get it done without any excuses, you will find different pathways. There’s no one way to do it.”

And so they stay the course. They chase stars, like Jimmy Butler, who Miami aggressively pursued before Minnesota shipped Butler to Philadelphia last month. There is widespread belief that if the Wizards look to move John Wall, the Heat would be interested. They believe wholeheartedly their culture can rehabilitate virtually anyone. Anyone. In 2006, Miami nearly completed a trade for Allen Iverson.

Maybe it can. But the last few years have been riddled with errors and misses. Hassan Whiteside rose from anonymity to stardom in Miami, and he was rewarded with a four-year, $98 million contract in 2016. He has not lived up to it. Waiters sparked a 23-5 run at the end of the 2016-17 season, and Miami gave him a four-year, $52 million deal for it. He has played in 30 games since. Armed with a rare lottery pick in ’15, Riley took Justise Winslow over Myles Turner and Devin Booker.

These moves have put Miami in a tough position, with a bloated payroll, a flawed roster and no true star to lead it. For a more educated perspective, The Crossover asked a veteran NBA executive for an evaluation of the Heat roster.

“It’s going to be hard for them to really improve this team dramatically,” said the exec. “The one piece that people really like is Josh Richardson. But they would only trade him for a star—and I don’t see another player like that becoming available. They have some bad contracts in Whiteside and Tyler Johnson. If you add James Johnson and Waiters, that’s two more. They paid guys based on a productive season and have not got that same production out of them. That rarely happens to Pat.”

“Pat has always been able to find a way to get a star player, or go get players to be competitive, and it just hasn’t happened the last couple years. He just took risks on guys that panned out for a year, kept them and it hasn’t panned out. This group has been together for three years, and they have started slow every year. They hoped to start fast this year. They can recover and make the playoffs. But they are floating in that space that nobody wants to be in.”

“You have to respect the Heat for always trying to compete and always trying to win. Players want to go to a place that is in the playoffs. When you have the cap room, you can sell a culture that is about winning and not losing. They have not built a winning culture. Players respect Miami and what they are. They have a great coach in Spoelstra—they win more than they should. This roster, with other coaches, with the injuries they have, they would be borderline tanking. But they don’t have flexibility or assets, and that’s a real problem.”

MAHONEY: Raptors Prove They Can Challenge the Warriors

Miami doesn’t particularly care about outside opinions. Riley is 73, with no interest in a long rebuild. Spoelstra probably couldn’t tank if he wanted to. Besides, that route offers no guarantees, either. Orlando has been rebuilding since Dwight Howard left. Sacramento hasn’t made the playoffs in more than a decade. Steve Nash was running point in Phoenix the last time the Suns made the postseason. Tanking, er, rebuilding can be sold to a fan base, but it’s not a proven model for long-term success.

Miami believes it has that model. So the Heat will keep chipping away, grinding games out and hope an opportunity to juice its roster becomes available. Conventional wisdom says Riley, Spoelstra and Co. should lose. The only thing they know is to try and win.