20 helpful players the Heat could trade for by the deadline 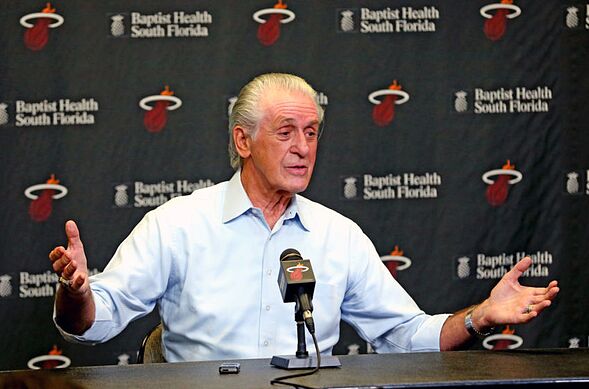 The Miami Heat are treading basketball purgatory and it feels like they are also treading the idea of blowing it up or keeping all of their heavily-paid role players for the near future.

If the 22-24 Miami Heat, who are currently the 8th seed in the Eastern Conference, do intend on keeping their gritty cultured team together, they may struggle on getting into the playoffs for the foreseeable future.

However, in the current NBA climate, there is a way the Heat could construct some intriguing trade ideas to send some of their unnecessarily overpaid role players elsewhere that would make both parties happier.

The Heat and Pat Riley need to decide if moving forward with their current roster makes the most sense for this franchise in the foreseeable future, as there are multiple players on the market before the February 7th trade deadline, notably a player on the “banana boat.”

Carmelo Anthony is quite possibly the most infamous asset going into the trade deadline, obviously, that is not a move I would like to see Miami make. So even if Melo isn’t added into our 20, I will still play with the idea of Melo on the Heat moving forward for Heat nation.

Kelly Iko of The Atlantic for the Houston Rockets has illustrated the potential destinations for the 10-time All-Star below:

“The LeBron James ties are obvious, but Los Angeles isn’t the only team willing to take a chance on the aging Melo,” wrote Iko. “Miami is still an option, as is Detroit.”

If that rumor is indeed true, the Heat would have to send a discouraged Wayne Ellington to Atlanta for Melo’s 34-year-old body and that really doesn’t make any sense moving forward for Miami, as they have lineup issues and a logjam at the wing position. The prospective idea of moving Ellington or Rodney McGruder would have to get Miami a return of either a young role player and/or a few draft picks.

I can not see Pat Riley jumping on the idea of pairing Dwyane Wade and Anthony together at this age. Moreover, Miami needs help to push them over the top and they do not need any player that has been involved in drama as of late. Pairing a player that has a history of bringing drama to a team with Dion Waiters or Hassan Whiteside is a terrible idea, as it would create a tear in the solid foundation Miami has maintained in the post-LeBron years.

Therefore, we have to run through the remaining options leading up to the deadline.

Before I move onto these next 20 players the Heat could trade for, just remember that not every player will solve the Heat’s roster problems or cap situation, but rather help them make a push for the playoffs as more than just an 8th seed in a terrible conference.